The weather is nice, the need to go outside is great. Many are drawn to the water on warm days, including me. If you are travelling in the Zurich area, Lake Zurich is certainly a good option. Personally, however, I prefer places where nature and peace are in the focus. There are some spots like this around Zurich, I’ll introduce you to one of them today. 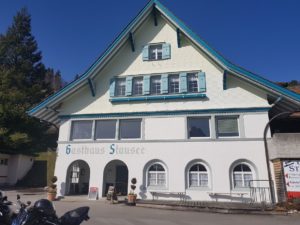 History around the lake and the dam wall

Lake Wägital is a reservoir in the canton of Schwyz at around 900 metres above sea level. The lake is located in the upper Wägital valley, more precisely in the municipality of Innerthal, which is also the only village on the lake. Until before the dam was built in 1924, a bathing hotel was located in the area of the Wägitalersee. At that time this led to a lively bathing and spa business. The village of Innerthal had to be abandoned due to the construction of the dam. The village was rebuilt at its present location. The dam was built between 1922 and 1926. Partial operation was possible as early as 1924. The total area of the lake is 4.18 km². The slant is 150 metres long and a total of 111.5 metres high, of which only about 60 metres can be seen. 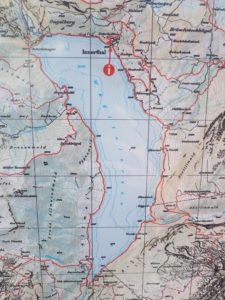 The lake can be circled along the shore on foot or by bike. The 12 km long route offers many catering possibilities. In the centre of Innerthal and near the dam there are restaurants. Around the lake you will find numerous barbecue sites that invite you to a cosy barbecue. The Brockmattli climbing mountain is also known beyond the region. During the warm months, climbers let off steam on its vertical limestone walls.

Lake Wägital is also very popular with fishermen. Fishing is permitted from April to October. Please note that a patent is required. You can get this from the Wägital fishing office, among others.

The lake is about an hour’s drive from Zurich and can also be combined with a trip to Rapperswil or Einsiedeln. I can also recommend an excursion to this place for families with children. The paths around the lake are flat and also suitable for hikers with pushchairs or children on bicycles. Bicycles can be rented for CHF 20 per day at the restaurant by the reservoir.