In Lorenztobel in Baar in the canton of Zug, the Höllgrotten formed only about 6000 years ago. The stalactite caves were discovered during the mining of tuff in the 19th century.

Today, the caves are illuminated by elaborate LED technology, transforming them into a cave of paradise. Numerous information boards lead through the tour of the cave and point out special aspects of this miracle. 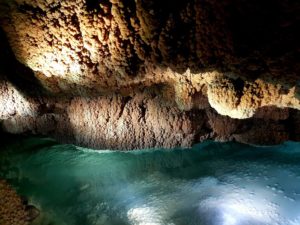 In the caves stalagmites and stalactites in different colours and shapes can be found and leave a lot of room for the imagination in the interpretation of the figures. During the walk you walk through the Root, Shag and Fairy Tale Grottoes as well as the Magic Castle in the upper area. The lower cave can be reached via an outdoor exit. In the lower part the sea, sky, fable and fairy grotto as well as the coral gorge are waiting. The visit takes about 45 minutes. Since it is constant 10 degrees in the caves all year round, I recommend to take appropriate clothes with you.

The excursion to the Höllgrotten can be combined with a hike or a walk. The caves are located in the forest, around it there are many bathing possibilities and barbecue places. 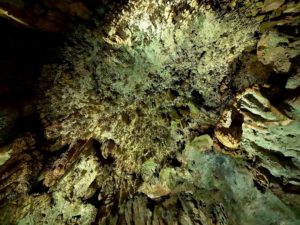 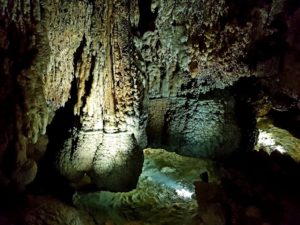 The current prices and further information can be found here.